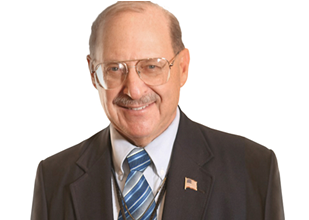 A biomedical research pioneer, Dr. Joel D. Wallach spent more than 40 years in the field of Veterinary Medicine, observing and researching the effects of individual nutrients on animal health, before becoming a Naturopathic Physician in 1982. Today, Dr. Wallach is renowned for his groundbreaking research on the health benefits of selenium and other minerals. He currently dedicates his time to lecturing throughout the world on the therapeutic benefits of vitamins and minerals, and on lobbying the U.S. Food and Drug Administration on behalf of the dietary supplement industry.

Dr. Wallach has been appearing recently with George Noory on Coast to Coast AM.

Catch our regular Dead Doctors Don't Lie show on the air or here in our podcast library.

Dead Doctors Don't Lie is not available for rebroadcast for commercial purposes without a license. Contact This email address is being protected from spambots. You need JavaScript enabled to view it. for license information.

Dr. Joel Wallach begins the show discussing the benefits of starting a home based business through Youngevity. Outlining the tax benefits associated with having a business. Also contending that the business could be willed to a persons heirs. Stating that people should learn to do their own medical tests to save money.

Doug Winfrey and Dr. Wallach discuss a news article about five long lived cultures. The author states that these cultures have more centenarians than other cultures. Contending this is largely due to the diets of these peoples. As well as how much they ate and their activity levels.

Vernie's sister has been diagnosed with rectal cancer.

Dan has a friend with a torn aortic valve in her heart.

Sam has a friend with kidney failure and high blood pressure.

Melinda has friend with cysts on their pancreas.

Lee's doctor wants to put him on blood thinners.

Dr. Joel Wallach begins the show discussing his concept of taking care of medical tests at home. Outlining several common tests that can be done safely and cheaply at home. Asserting these same tests would cost thousands at a doctors office.

Ron has a friend with high white blood cell counts.

James has questions regarding kidney disease.

Dr. Joel Wallach begins the show discussing why he thinks so many Americans have health challenges. Stating that mineral deficiencies are at the root of most chronic disease states. Contending that U.S. soils are depleted of minerals so there are no minerals in the food we eat.

Doug Winfrey and Dr. Wallach discuss a news article about kidney stones. Researchers at Michigan State University conducted a study that found riding roller coasters can help people pass kidney stones. To do this they used a 3D printer and made a silicone kidney three kidney stones in varying sizes. Put the kidney in a backpack and put it in the last car of Disney's Big Thunder Mountain Railroad roller coaster for 20 rides. Resulting in the stones passing 64% of the time. While putting the backpack in the front car only allowed the stones to pass 17% of the time. They also put the pack on Disney's Space Mountain ride with a top speed of 28.7 mph slower than first coaster with a top speed of 35 mph without the same result.

Christine's daughter has been diagnosed with Celiac disease.

Gayle has Parkinson's disease and doesn't like the drugs her doctor prescribed.

Rigo asks Doc how he can get nutrients into his flock of chickens.

Dr. Joel Wallach begins the show discussing medical statistics. Stating that according to a study done by Lucian Leape found that 52% of doctors tested were high on street drugs, pharmaceuticals or alcohol. Asserting that recent government statistics show that medical mistakes are now the third leading cause of death in the U.S.

Teresa has allergies to several things.

Thomas has questions regarding his mother-in-law who has high blood pressure, arthritis and atrial fibrillation.

Sherry has dog with cancerous nodules in it's lungs.

Dead Doctors Don't Lie is not available for rebroadcast for commercial purposes without a license. Contact SUPPORT@KSCO.com for license information.