Homelessness - Is it Everyone's Problem? Thought-Provoking Conversations on It's A Question of Balance with Ruth Copland 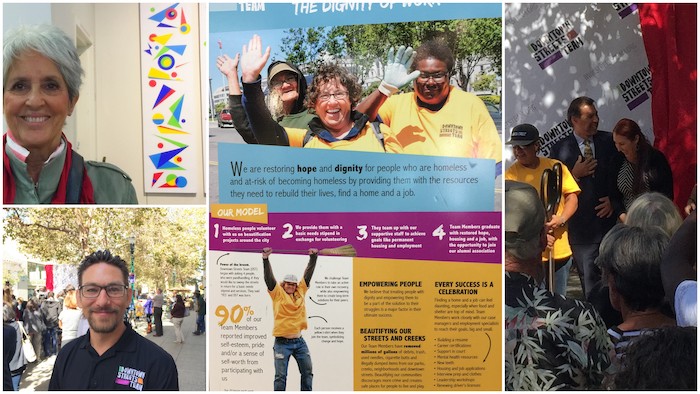 Conversations with DownTown Streets Team personnel, Homelessness activist Joan Baez, and homeless woman Dora give insights into this complex problem and also reason for hope – for the homeless themselves and for communities affected by the issue. This week Ruth Copland presents an encore show 'Homelessness – is it everybody’s problem?' Homelessness is a pervasive issue – highly challenging for those experiencing it and also for the communities trying to find a solution to the homeless on their streets. Ruth carried out some really interesting interviews at the inauguration of Downtown Streets Team in Santa Cruz in 2017 including speaking with folk legend Joan Baez who is active in trying to support the homeless. The conversations she had on the streets of Santa Cruz cover topics that are just as relevant and important today so we hope you enjoy listening to this encore of them. Downtown Streets Team initiative has gone from strength to strength and is a great success in Santa Cruz today. 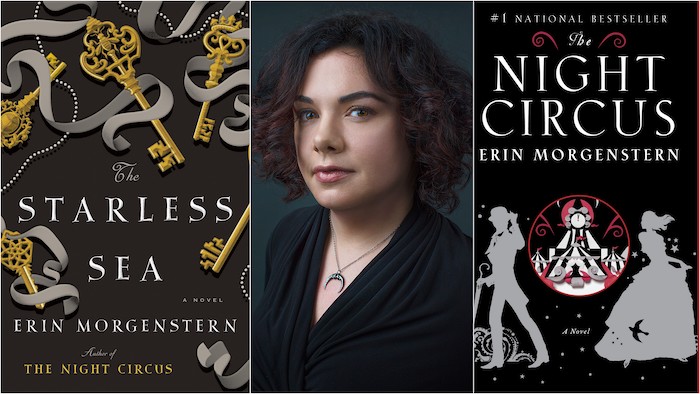 Highly Creative in Art and Business, Vasily Klyukin on It's A Question of Balance with Ruth Copland 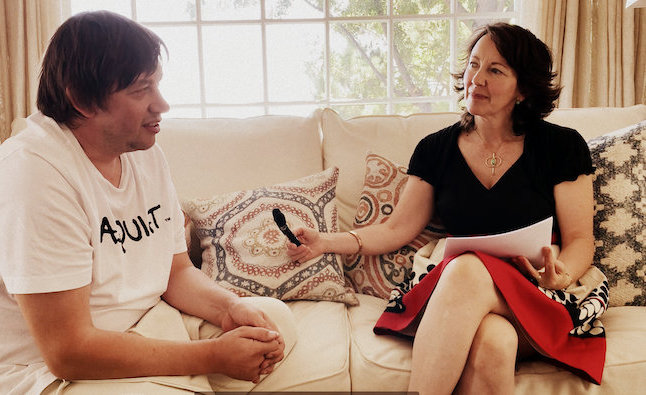 Environmental themes permeate Vasily's fascinating sculptures and he’s also known for his unique architectural concepts, an inventive sci-fi novel, and for paying $1.5 million at a charity auction for a flight to the moon with Leonard di Caprio. He's also raised over $2million for charity auctioning his art. In his early life Vasily Klyukin applied his highly creative mind to business, where he has been phenomenally successful. Latterly, his creativity has moved towards art with him creating complex sculptures and installations which are located around the world including Moscow, London, Monte Carlo, Cannes and Ibiza.

Ruth Copland interviewed Russian artist and entrepreneur Vasily Klyukin in the Hollywoods Hills, Los Angeles, USA (see photo above) just after he returned from a hugely successful installation of his art at the Burning Man 2019 festival and before he returned to his home in Monaco via London. 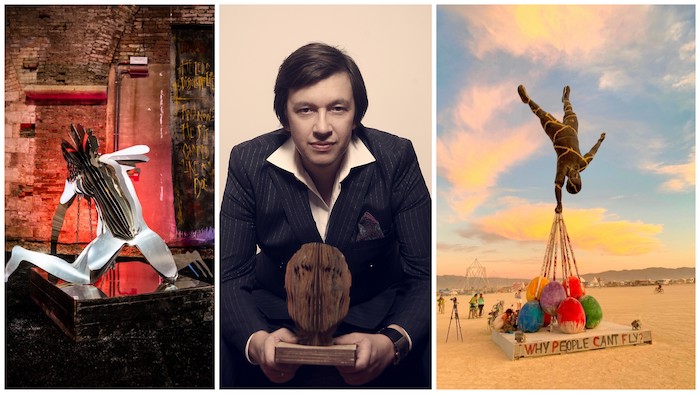 Vasily Klyukin sculpture from 'In Dante Veritas' exhibition in Venice; Vasily with model for sculpture; 'Why People Can't Fly' installed at Burning Man 2019.

Vasily's solo exhibition called 'In Dante Veritas' was a huge success both at the State Russian Museum (St. Petersburg) and the sculptural park, ‘LA Collection’Air’ in Lucerne (Switzerland). An expanded multi-media version of 'In Dante Veritas', comprising more than a hundred inter-related art objects, is exhibited at the 2019 Venice Biennale where it is extremely popular with attendees. Vasily is also known for creating inspiring concepts for unusual buildings, published in his book Designing Legends. In addition, he has written a science-fiction novel called ‘Collective Mind’ published in Russia and now available in English.

Vasily Klyukin is a famous defender of the environment, working on promoting the fight against environmental pollution every chance he gets. Inevitably, environmental themes are predominant in his art. He is also known for his support of amfAR, the Leonardo di Caprio Foundation and Prince Albert II of Monaco Foundation.

'Clothes Maketh the Man', Woman or Mouse! Hollywood Costume Designer Mona May on It's A Question of Balance with Ruth Copland 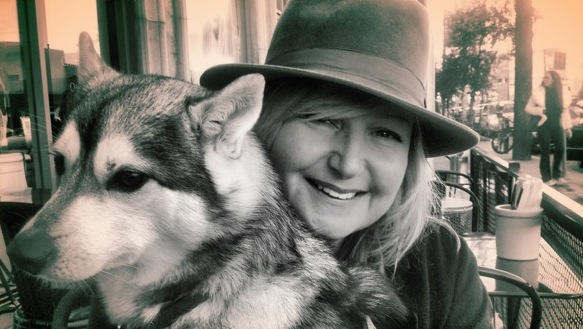 Mona May's work spans genres, time periods, and media – she’s even designed clothing for CGI star Stuart Little! In movies the clothes really do maketh the man, or woman or mouse. She’s worked with Nicole Kidman, Jennifer Aniston, Nicolas Cage, Eddie Murphy, Demi Moore, Will Ferrell, and more on all kinds of films. Take a peek behind the scenes with Ruth Copland and Mona May!

Much of the look and feel of our favourite films comes from the costume design. Mona May's film credits include Clueless, The Wedding Singer, 8mm, Enchanted, The Haunted House, and Stuart Little 2 to name but a few. Mona May's trademark joie de vivre is clearly evident in her work, and it injects a bold, sexy confidence into her designs. She is a master at designing costumes that flatter her actors' body types, while simultaneously hitting pitch-perfect visual notes for the character they are portraying. Mona's deep understanding of both design and anatomy combine to render the actor and the character inseparable, including many roles played by such Hollywood luminaries. Aside from movie work, Mona May is always inspired to share her passion, originality and technical experience with future designers at OTIS Parsons, FIDM and Pasadena Art Center, where she is a frequent lecturer.

Award-Winning Actress, World Traveller and Humanitarian Helena de Crespo on It's A Question of Balance with Ruth Copland 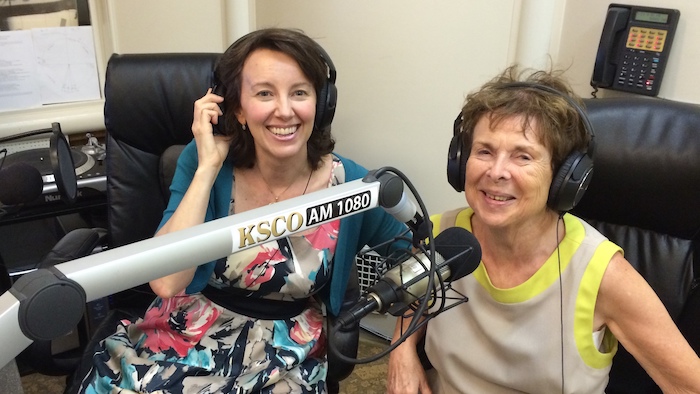 Having worked as an actress in Hollywood, Britain and over 16 countries Helena de Crespo founded Save World Art to protect indigenous art forms at the point of extinction. Born in Spain, educated in Britain and now resident in Portland, Oregon, Helena is a fascinating and inspiring woman.

With her acting work taking her all over the world, Helena de Crespo has seen first-hand that societies crumble, national identities wither, and human dynamics fail if the arts and their important heritages are allowed to die. Her experiences in Latin America developing theatre programs for UNESCO was the beginning of her understanding that important indigenous art forms were in danger of being lost forever because the artists were literally unable to survive and desperately needed support. She founded Save World Art to protect indigenous art forms at the point of extinction. So far she has helped indigenous artists in Guatemala, Sri Lanka, Nepal, Mali, Colombia, Cambodia and Ariel, Washington, USA.

More in Common Than Divides Us? Thought-Provoking Conversations on It's A Question of Balance with Ruth Copland 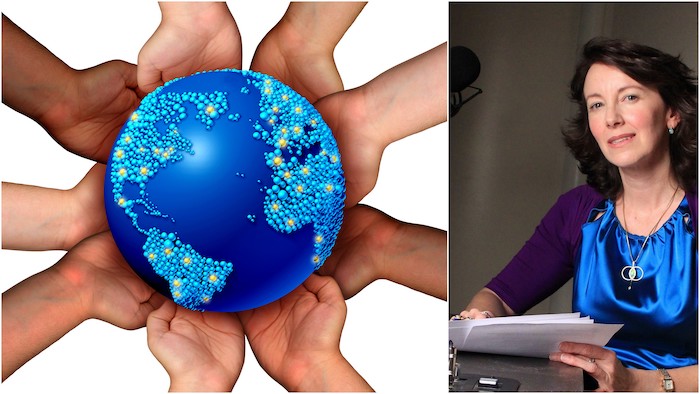 We want many of the same things yet our differences often divide us. We all want to be safe, to be happy. We want the best for our children, to feel our potential is fulfilled. We all want to be loved, to feel we matter. And yet our differences can make us feel we have nothing in common in at all. Ruth Copland features her conversations Out and About on the street asking Do we have more in common than divides us?

To listen to past shows and for more info visit www.itsaquestionofbalance.com

Ruth also talks about world-renowned doctor Deepak Chopra and his new book Metahuman: Unleashing Your Inifinite Potential. In conjunction with his medical achievements, Chopra is recognized as a prolific author of over 86 books translated into over forty-three languages, with twenty-six books reaching the status of New York Times Bestsellers. His latest national bestseller, The Healing Self, co-authored with leading geneticist Dr. Rudolph E. Tanzi, discusses the importance of our immune system to lifelong health. Dr Chopra is coming to Santa Cruz on October 17th. More info here Dr Deepak Chopra